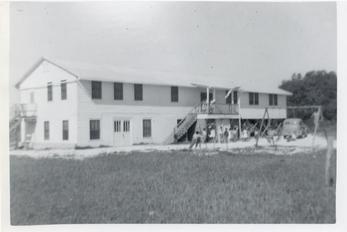 In 1985, Hurricane Juan destroyed the Center’s Administration Building leaving it and the other buildings in disrepair. The gymnasium and another section were rebuilt, but the south section was left untouched. The residence house was used as the office for several years and very few programs were being administered at that time. The Hooper Memorial Building (the elevated administration building) was dedicated in 1991 to the memory of the two Methodist Missionaries, Ella and Wilhelmina Hooper, who together began the mission of the Center.

Hurricane Andrew, Lilli, Katrina-Rita, and Gustav-Ike struck each time with much more intensity and devastation to the community in 1992, 2002, 2005 and 2008, respectively. With the help of the Louisiana Annual Conference, the United Methodist Committee on Relief and volunteers, the Center was able respond to the disasters and assist the community with rebuilding, and recovery. The Center also served as a distribution center for relief supplies, provisions, and maintains a presence to provide for more long-term recovery needs.

In 2010, the Deepwater Horizon disaster, “the worst environmental disaster the United States has faced”, according to the White House occurred just 41 miles off the Louisiana coast almost 20 times greater than the Exxon Valdez oil spill. The spill caused extensive damage to marine and wildlife habitats and to the Gulf’s fishing and tourism industries. Tar balls were washing up, oil sheen trails were seen in the wake of fishing boats, and wetlands marsh grass remains fouled and dying. The offshore drilling moratorium imposed in response to the spill further harmed the economies of coastal Louisiana. The Center responded in hosting meetings, listening sessions, and community dinners with partners to assist with financial, mental health, and employment needs as a result of the spill. 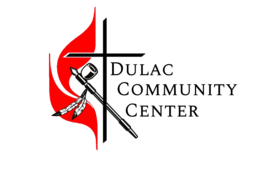 Methodist work in the Dulac area began in 1882, when George C. Cragen, on behalf of the Methodist Episcopal Church, donated an acre plot of land. The use of this parcel of land enabled the Houma Indians a place to tie their house boats during non-trapping seasons. This marked the beginning of an important era in which many have contributed sacrificially and have personally persevered for this mission endeavor.

The mid 1920’s, south Louisiana was devastated by a hurricane and while assisting in the recovery efforts of the United Methodist Church, Miss Ella Hooper, a teacher at what is known today as MacDonnell United Methodist Children Services in Houma, along with Mrs. George DeForest saw the need to provide education for Native American children along the bayous at Dulac. The Indian children were not allowed to attend public school at the time. In 1932, her sister, Miss Wilhelmina Hooper came to teach for three months, until trapping season, and spent 43 years serving the children within the Dulac area. After Native American children were allowed to attend their own public Indian school through the eighth grade, the Dulac Indian Mission School adjusted its focus and began meeting the social needs of the community. In the 1950’s and beyond the Center has been challenged “to provide social services to the people of the Dulac/ Grand Caillou community… …for the enrichment of their lives through Christian principles, the development of democratic leadership, the promotion of education, and for strengthened family and community life.” 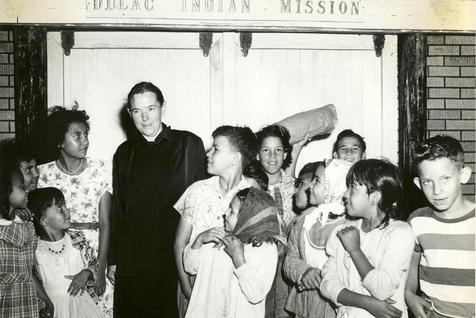 The mission of the Dulac Community Center is to provide social services, emergency response and learning opportunities to the people in lower Terrebonne Parish with an emphasis on women, children and Native Americans in response to the Gospel.

The vision of the Dulac Community Center is to provide compassionate services to those in need, advocate for those whose voice is not heard, and promote the establishment of a more just society and to improve families and lives.  We recognize the importance of a focused, organized, goal-driven organization when utilizing the time, funds and talents of our volunteers, donors and partners.  We know that this approach is what has kept our staff and volunteers committed for over 80 years to the mission of the Dulac Community Center in service to the community.

The Dulac Indian Mission was founded